Alderson House is a splendid house that boasts elegant and spacious dining facilities, whilst enjoying open views of Warwick Castle. The internal decor has been much preserved to maintain the grandeur expected, with oak panelling in the main dining room and the original galleried staircase.

Externally, there has been careful preservation of the stonework and lead guttering. The front elevation looks directly out onto the High Street, whilst the rear is accessed via Back Lane.

The building was given a Grade II listing in January 1953 and forms part of a group with all the other buildings on the south side of High Street:  Building number: 307475.

The listing describes its outstanding features as follows:

The date of 1696 which can be seen on the rainwater head is therefore probably correct for the completion of the house. This rainwater head was subject to comment by Pevsner (1966), who described High Street from the direction of Castle Street. He states “(from Back Lane) there is then a sequence of nice brick facades” and adds a footnote “No 23, rainwater head 1696”.

Whilst constructed in the latter part of the 17th Century its origins can be traced back several hundred years to the mid 14th Century. Records show that Thomas Beauchamp, 12th Earl of Warwick acquired the then existing Tudor property from a John Le Boteller. 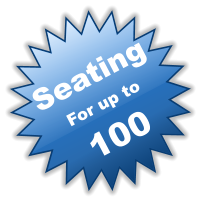 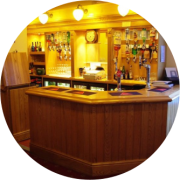